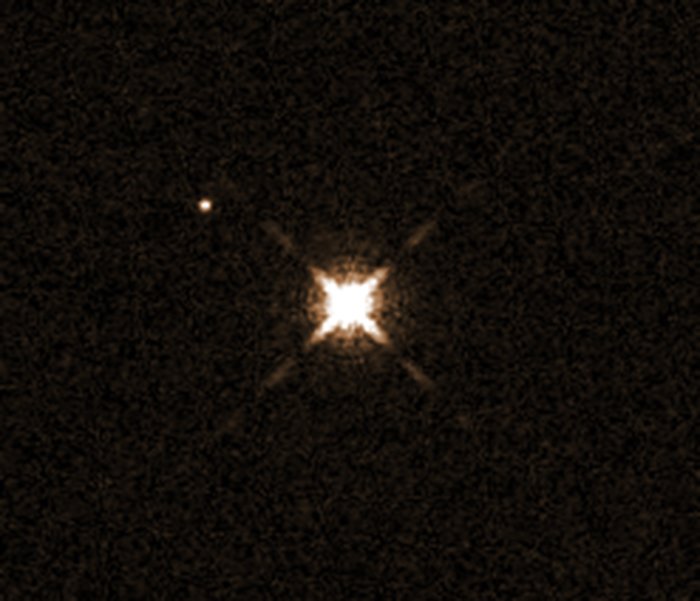 Not visible here is a Neptune-sized planet named HAT-P-11b which orbits the star. Astronomers have discovered clear skies and steamy water vapour on the planet. It is the smallest planet ever for which water vapour has been detected.

The small bright object next to the star is not the planet in question; in fact it is not a planet at all, but another star.

The reason for the graininess in this image is that it is a very short exposure. The star itself is so bright that it is saturated, it would otherwise be a small dot like the faint star next to it. The rings and the cross are caused by the diffraction — the bouncing of light — inside the telescope.