Three moons and their shadows parade across Jupiter — Comparison of beginning and end of sequence, including annotations 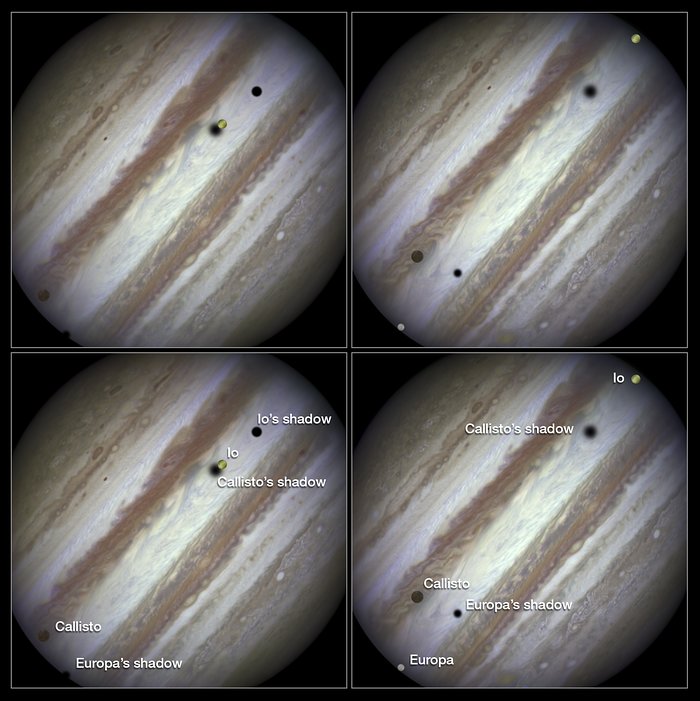 The image on the left shows the Hubble observation at the beginning of the event. On the left is the moon Callisto and on the right, Io. The shadows from Europa, which cannot be seen in the image, Callisto, and Io are strung out from left to right.

The image on the right shows the end of the event, approximately 42 minutes later. Europa has entered the frame at lower left with slower moving Callisto above and to the right of it. Meanwhile Io — which orbits significantly closer to Jupiter and so appears to move much more quickly — is approaching the eastern limb of the planet. Whilst Callisto’s shadow seems hardly to have moved Io’s has set over the planet’s eastern edge and Europa’s has risen further in the west.

The movement of the moons is shown in the video created from Hubble stills.