Three moons and their shadows parade across Jupiter — beginning of event 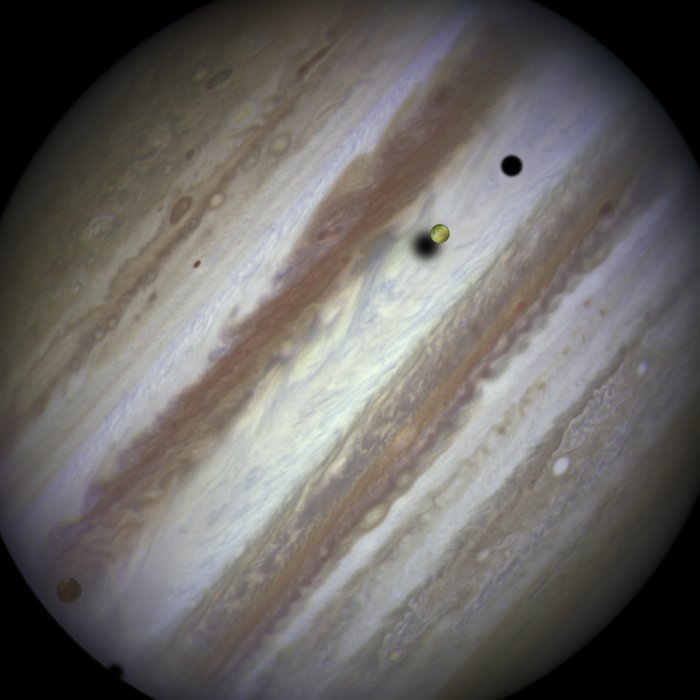 The image shows the Hubble observation at the beginning of the event. On the left is the moon Callisto and on the right, Io. The shadows from Europa, which cannot be seen in the image, Callisto and Io are strung out from left to right.