Three moons and their shadows parade across Jupiter — end of event 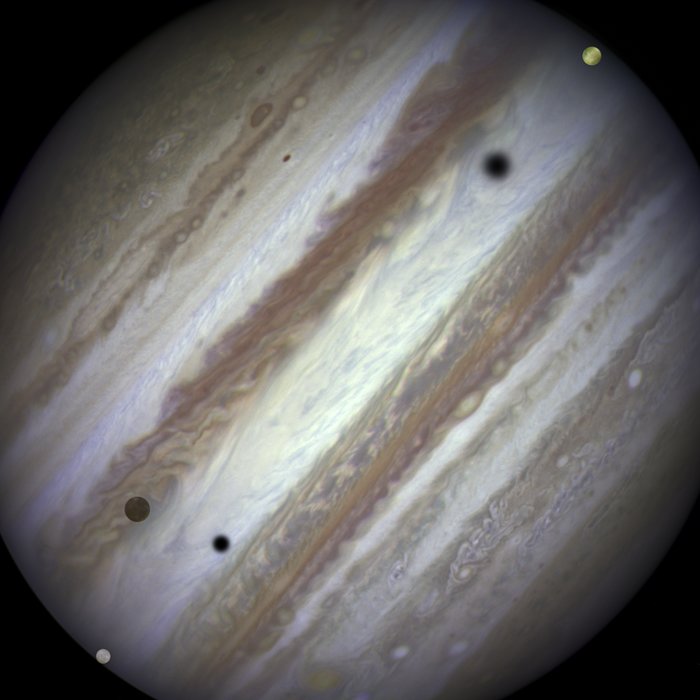 The image shows the end of the event. Europa has entered the frame at lower left with slower-moving Callisto above and to the right of it. Meanwhile Io — which orbits significantly closer to Jupiter — is approaching the eastern limb of the planet.