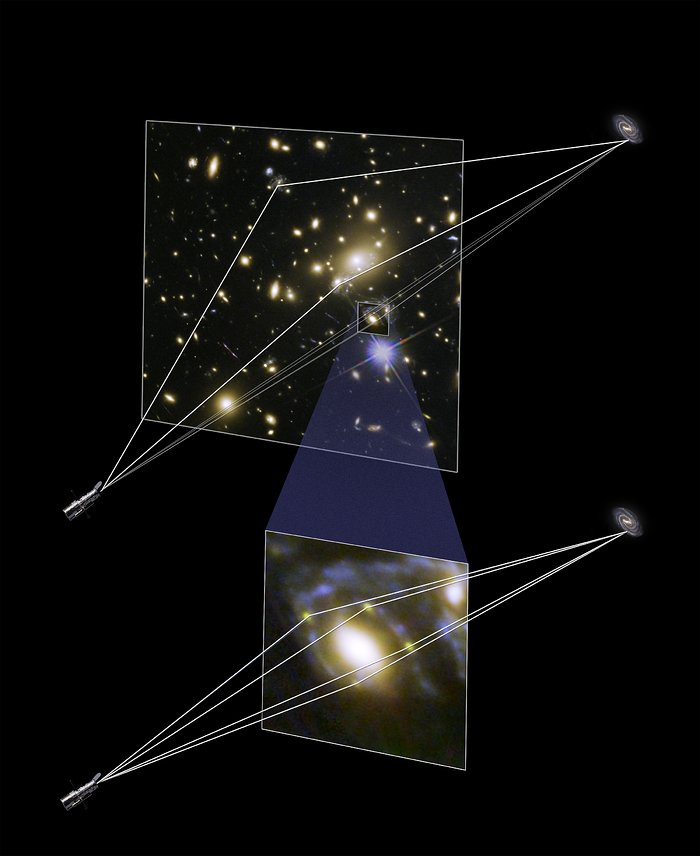 This illustration shows how four different images of the same supernova were created when its light was distorted and magnified by the huge galaxy cluster MACS J1149+2223 in front of it.

The light has been magnified and distorted due to gravitational lensing and as a result the images are arranged around the elliptical galaxy in a formation known as an Einstein cross.

The massive galaxy cluster focuses the supernova light along at least three separate paths, and then when one of those light paths happens to be precisely aligned with a single elliptical galaxy within the cluster, a secondary lensing effect occurs. The dark matter associated with the elliptical galaxy bends and refocuses the light into four more paths, generating the rare Einstein cross pattern that the team observed.