Galaxies die from the inside out 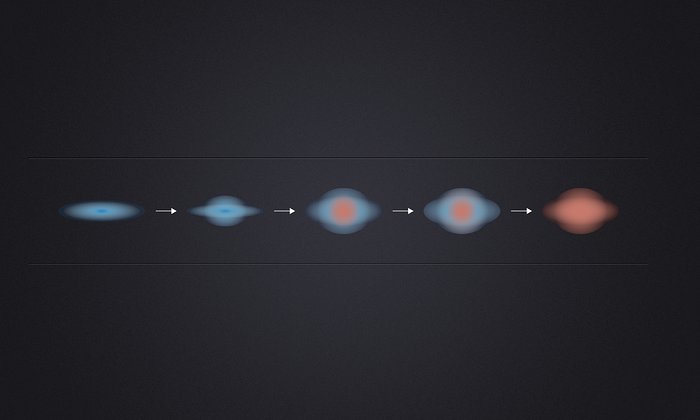 Star formation in what are now "dead" galaxies sputtered out billions of years ago. ESO’s Very Large Telescope and the NASA/ESA Hubble Space Telescope have revealed that three billion years after the Big Bang, these galaxies still made stars on their outskirts, but no longer in their interiors. The quenching of star formation seems to have started in the cores of the galaxies and then spread to the outer parts.