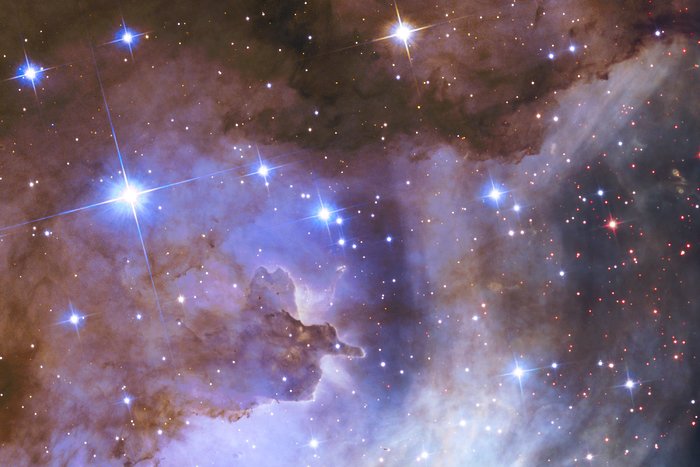 This image shows the star-forming region Gum 29 which surrounds star cluster Westerlund 2. This is a section of the new NASA/ESA Hubble Space Telescope image of Westerlund 2 and its surroundings, released to celebrate Hubble’s 25th anniversary.

Some of the heftiest stars in Westerlund 2 are carving deep cavities in material surrounding them by unleashing torrents of ultraviolet light and high speed streams of charged particles, known as stellar winds. These are etching away the enveloping hydrogen gas cloud in which the stars were born and are responsible for the weird and wonderful shapes of the clouds of gas and dust in this image.

The brightest stars in this image are Milky Way foreground stars not associated with Westerlund 2.