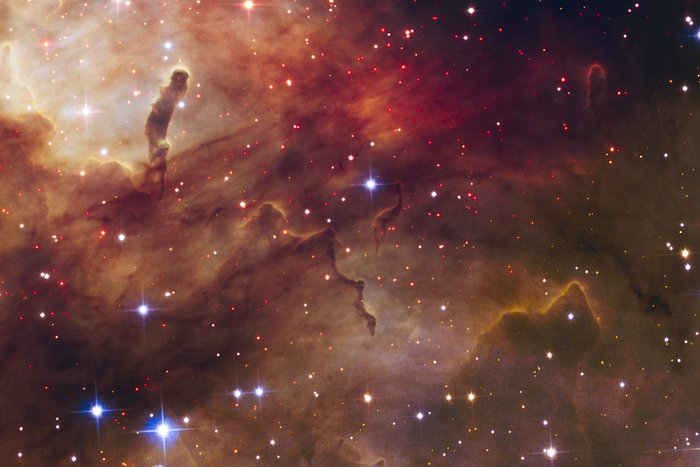 The red dots scattered throughout the cosmic landscape captured in this NASA/ESA Hubble Space Telescope image are a rich population of forming stars that are still wrapped in their gas and dust cocoons.

These stellar foetuses have not yet ignited the hydrogen in their cores to light-up as stars. However, Hubble’s near-infrared vision allows astronomers to identify these fledglings. The brilliant blue stars seen throughout the image are mostly in the foreground.

This is a section of the new NASA/ESA Hubble Space Telescope image of Westerlund 2 and its surroundings, released to celebrate Hubble’s 25th anniversary.