Orbit of Gliese 436b around its host star 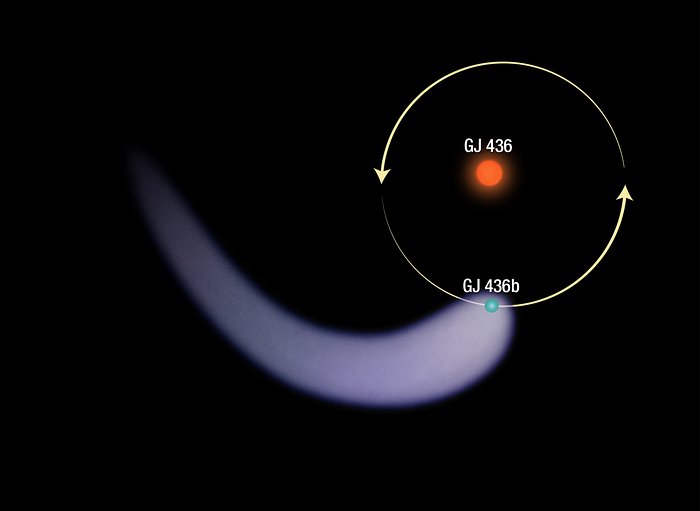 The graphic shows the polar view of planet Gliese 436b around its host star. The long, comet-like tail resulting from the atmosphere getting ripped off it is shown as well. The exoplanet resides about 4 million kilometres from its star and orbits it in just 2.6 Earth days.