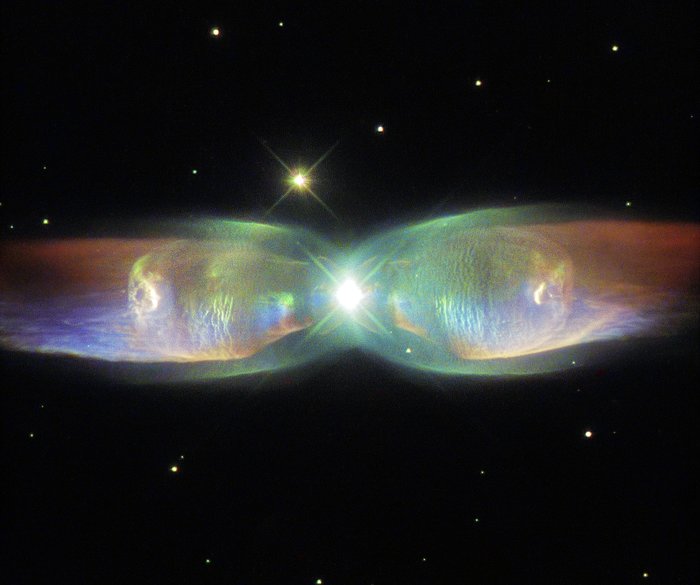 The Twin Jet Nebula, or PN M2-9, is a striking example of a bipolar planetary nebula. Bipolar planetary nebulae are formed when the central object is not a single star, but a binary system, Studies have shown that the nebula’s size increases with time, and measurements of this rate of increase suggest that the stellar outburst that formed the lobes occurred just 1200 years ago.