Stereo image of the Veil Nebula 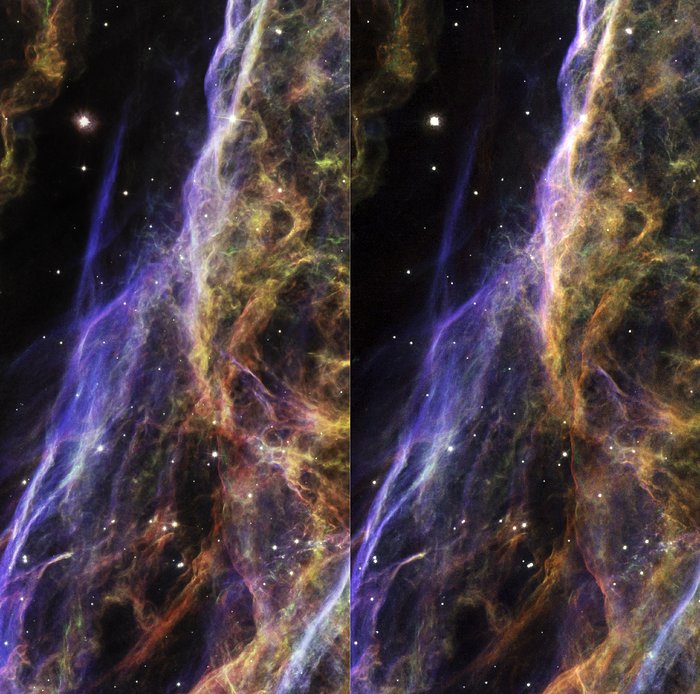 This is a stereo image of the Veil Nebula, using observations made by the NASA/ESA Hubble Space Telescope in 1997 and in 2015. If looked at them cross-eyed these two-dimensional images are then combined by the brain to give the perception of 3D depth. This illusion is created due to the movements of the filaments between the two observations.