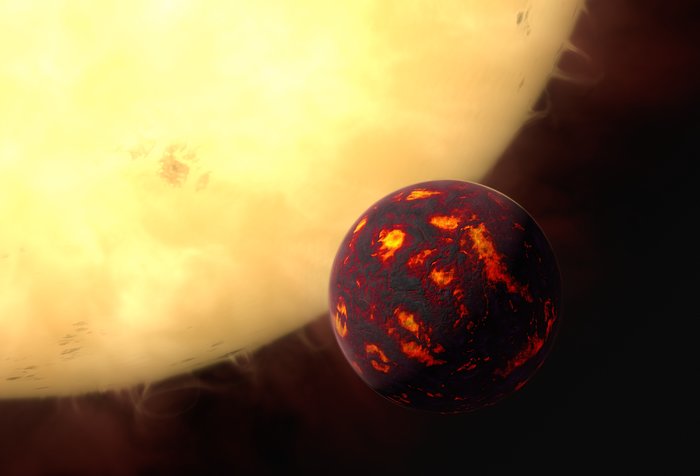 This artist’s impression shows the super-Earth 55 Cancri e in front of its parent star. Using observations made with the NASA/ESA Hubble Space Telescope and new analytic software scientists were able to analyse the composition of its atmosphere. It was the first time this was possible for a super-Earth.

55 Cancri e is about 40 light-years away and orbits a star slightly smaller, cooler and less bright than our Sun. As the planet is so close to its parent star, one year lasts only 18 hours and temperatures on the surface are thought to reach around 2000 degrees Celsius.