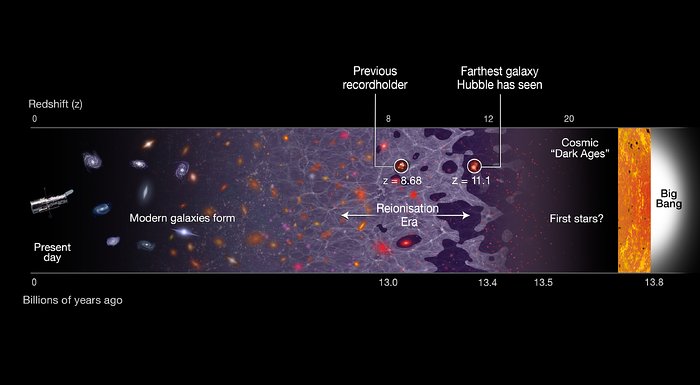 This illustration shows a timeline of the Universe, stretching from the present day (left) back to the Big Bang, 13.8 billion years ago (right). The newly discovered galaxy GN-z11 is the most distant galaxy discovered so far, at a redshift of 11.1, which corresponds to 400 million years after the Big Bang. The previous record holder’s position is also identified.

Its remote position puts GN-z11 at the beginning of the reionisation era. In this period starlight from the first galaxies started to heat and lift the fog of cold hydrogen gas filling the Universe. The previous record-holding galaxy was seen in the middle of this epoch, about 150 million years later.