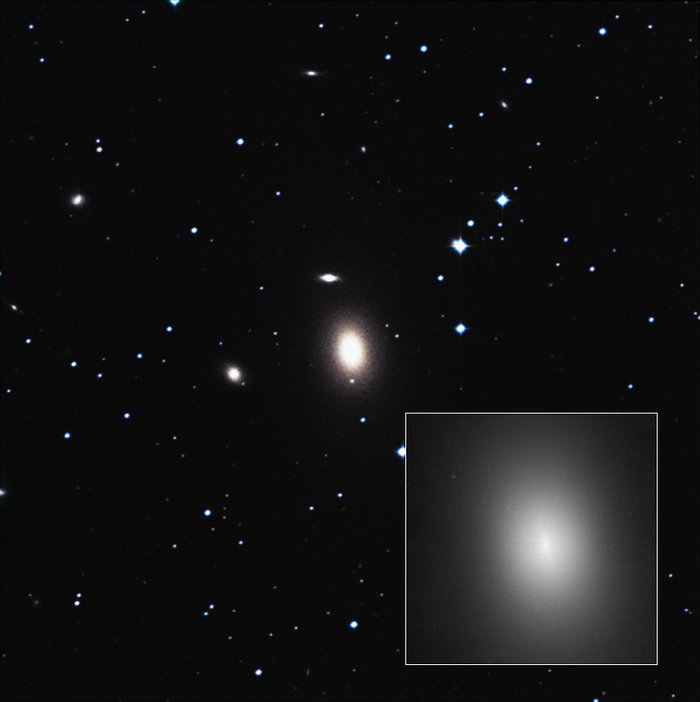 The elliptical galaxy NGC 1600, 200 million light-years away — shown in the centre of the image and highlighted in the box —, hosts in its centre one of the biggest supermassive black holes known . Until the discovery of this example, astronomers assumed that such huge black holes could only be found in the centres of massive galaxies at the centre of galaxy clusters. NGC 1600, however, is a rather isolated galaxy.

The image is a composition of a ground based view and observations made with the NASA/ESA Hubble Space Telescope.