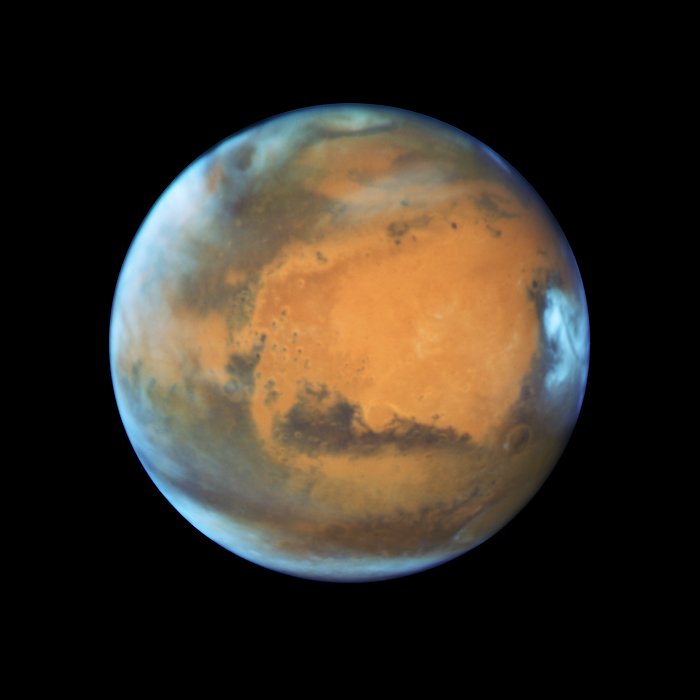 This image shows our neighbouring planet Mars, as it was observed shortly before opposition in 2016 by the NASA/ESA Hubble Space Telescope.

Some prominent features of the planet are clearly visible: the ancient and inactive shield volcano Syrtis Major; the bright and oval Hellas Planitia basin; the heavily eroded Arabia Terra in the centre of the image; the dark features of Sinus Sabaeous and Sinus Meridiani along the equator; and the small southern polar cap.