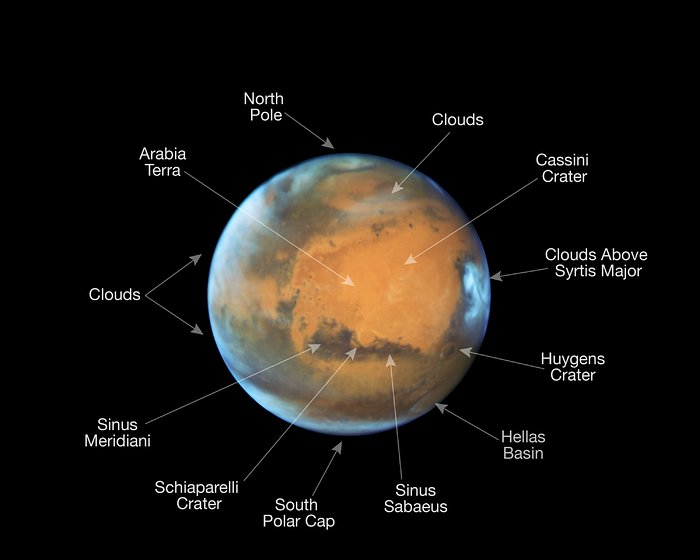 This image shows our neighbouring planet Mars, as it was observed shortly before opposition in 2016 by the NASA/ESA Hubble Space Telescope.

Some prominent features on the surface of the planet have been annotated.