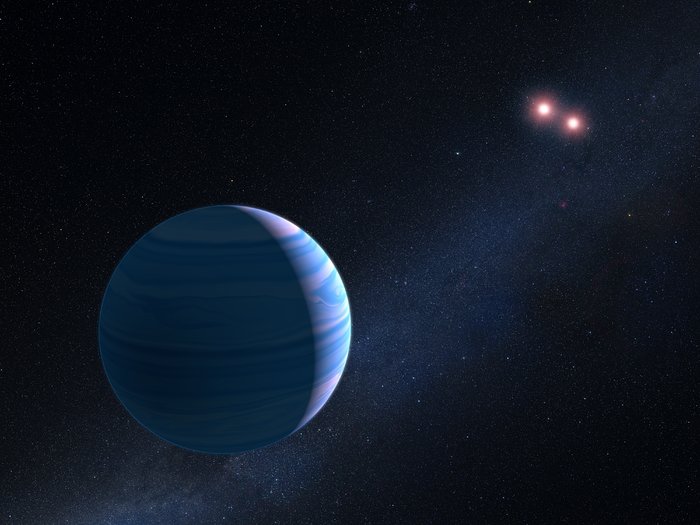 The artist's impression is based on observations made with Hubble that helped astronomers confirm the existence of a planet orbiting The two stars in the system.

The system is too far away for Hubble to take an image of the planet. Instead, its presence was inferred from gravitational microlensing. This phenomenon occurs when the gravity of a foreground star bends and amplifies the light of a background star that momentarily aligns with it. The particular character of the light magnification can reveal clues to the nature of the foreground star and any associated planets. The Hubble observations represent the first time such a three-body system has been confirmed using the gravitational microlensing technique.