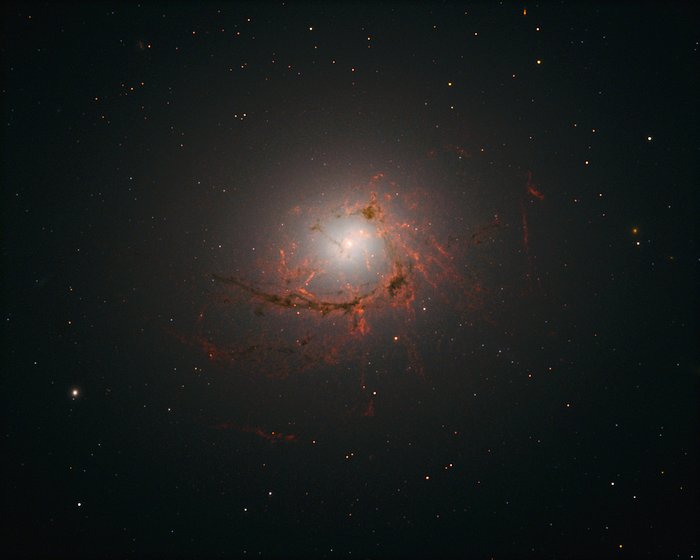 The new images taken with Hubble show the dusty filaments surrounding the centre of this huge galaxy in greater detail than ever before. These filaments loop and curl inwards in an intriguing spiral shape, swirling around the supermassive black hole at such a distance that they are dragged into and eventually consumed by the black hole itself.