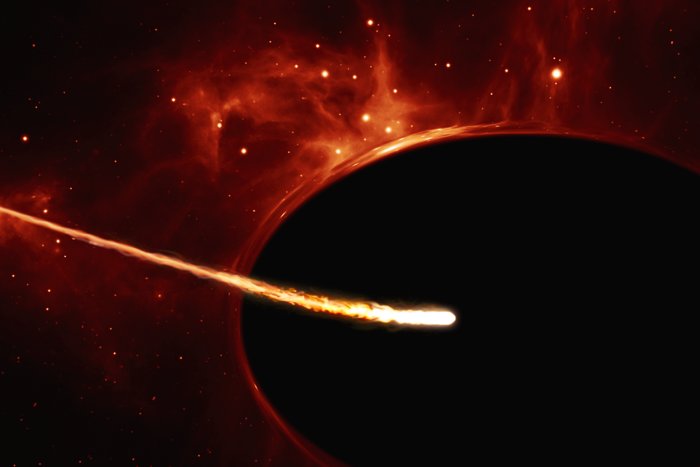 This artist’s impression depicts a Sun-like star close to a rapidly spinning supermassive black hole, with a mass of about 100 million times the mass of the Sun, in the centre of a distant galaxy. Its large mass bends the light from stars and gas behind it. Despite being way more massive than the star, the supermassive black hole has an event horizon which is only 200 times larger than the size of the star. Its fast rotation has changed its shape into an oblate sphere.

The gravitational pull of the supermassive black hole rips the the star apart in a tidal disruption event. In the process, the star was “spaghettified” and shocks in the colliding debris as well as heat generated in accretion led to a burst of light.