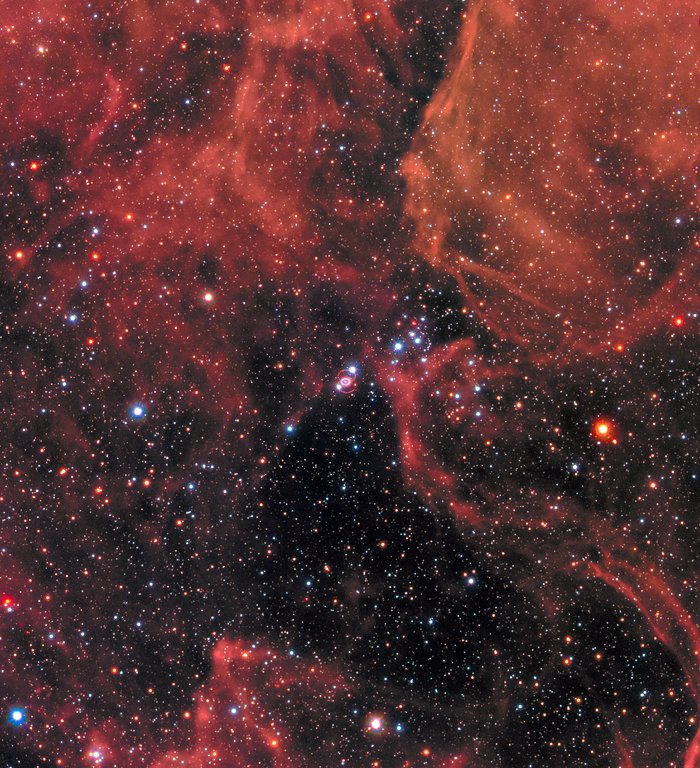 This new image of the supernova remnant SN 1987A was taken by the NASA/ESA Hubble Space Telescope in January 2017 using its Wide Field Camera 3 (WFC3). Since its launch in 1990 Hubble has observed the expanding dust cloud of SN 1987A several times and this way helped astronomers to create a better understanding of these cosmic explosions.

Supernova 1987A is located in the centre of the image amidst a backdrop of stars. The bright ring around the central region of the exploded star is composed of material ejected by the star about 20 000 years before the actual explosion took place. The supernova is surrounded by gaseous clouds. The clouds’ red colour represents the glow of hydrogen gas.

The colours of the foreground and background stars were added from observations taken by Hubble’s Wide Field Planetary Camera 2 (WFPC2).