Supernova 1987A over time 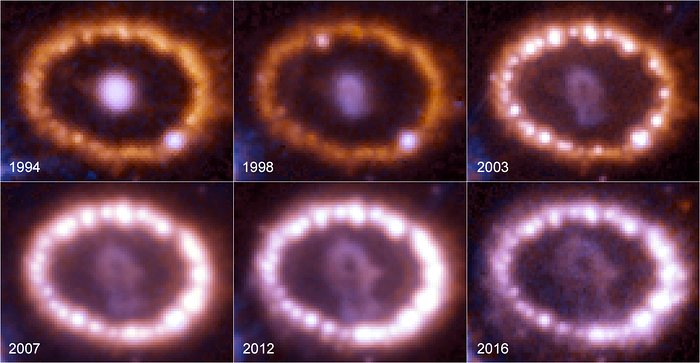 This montage shows the evolution of the supernova 1987A between 1994 and 2016, as seen by the NASA/ESA Hubble Space Telescope.

The supernova explosion was first spotted in 1987 and is among the brightest supernova within the last 400 years. Hubble began observing the aftermath of the explosion shortly after it was launched in 1990.

The growing number of bright spots on the ring was produced by an onslaught of material unleashed by the explosion. The shock wave of material hit the ring’s innermost regions, heating them up, and causing them to glow. The ring, about one light-year across, was probably shed by the star about 20,000 years before the star exploded.