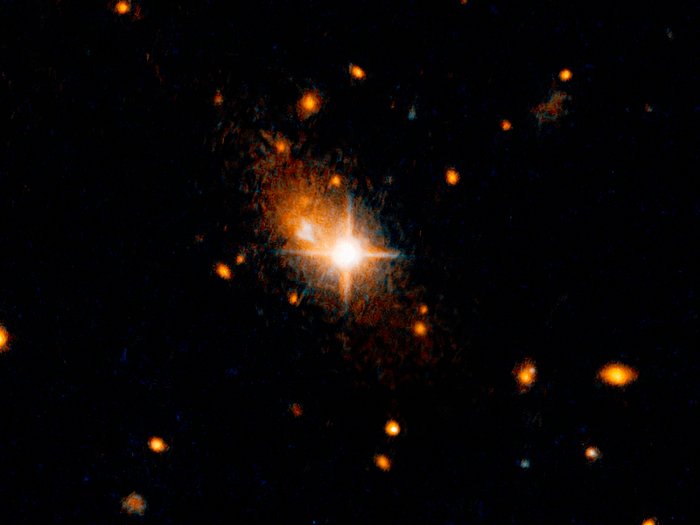 The galaxy 3C186, located about 8 billion years from Earth, is most likely the result of a merger of two galaxies. This is supported by arc-shaped tidal tails, usually produced by a gravitational tug between two colliding galaxies, identified by the scientists. The merger of the galaxies also led to a merger of the two supermassive black holes in their centres, and the resultant black hole was then kicked out of its parent galaxy by the gravitational waves created by the merger.

The bright, star-like looking quasar can be seen in the centre of the image. Its former host galaxy is the faint, extended object behind it.