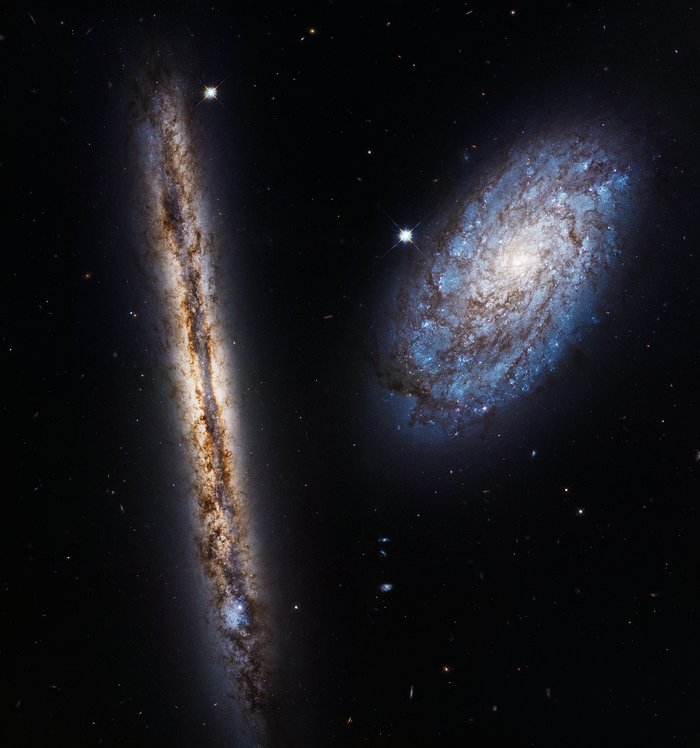 This image displays the galaxies NGC 4302 — seen edge-on — and NGC 4298, both located 55 million light-years away. They were observed by Hubble to celebrate its 27th year in orbit.

The galaxy NGC 4298 is seen almost face-on, allowing us to see its spiral arms and the blue patches of ongoing star formation and young stars. In the edge-on disc of NGC 4302 huge swathes of dust are responsible for the mottled brown patterns, but a burst of blue to the left side of the galaxy indicates a region of extremely vigorous star formation.

The image is a mosaic of four separate captures from Hubble, taken between 2 and 22 January 2017, that have been stitched together to give this amazing field of view. Two different types of light emitted by the galaxies — visible and near-infrared — have been combined to give a rich and colourful image. This light was captured by Hubble’s Wide Field Camera 3, one of the telescope’s most advanced imaging instruments.