A sea of galaxies 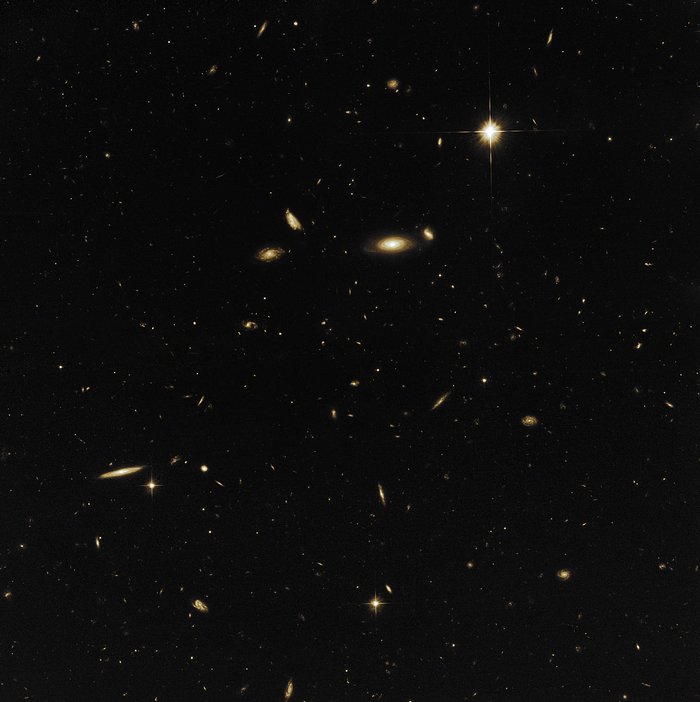 While one instrument of Hubble observed the target for its 27th anniversary — the galaxies NGC 4302 and NGC 4298 — another instrument simultaneously observed a nearby patch of the sky. These so-called parallel field observations increase the efficiency of how the telescope is used when making observations.

This specific parallel field shows an area of the sky, awash largely with spiral galaxies like our Milky Way. Most of the prominent galaxies look different only because they are tilted at various orientations with respect to Earth — from edge-on to face-on. A few others are currently interacting or in the process of a merger. The objects with diffraction spikes are foreground stars in our own galaxy.