Comparison between the Sun and the ultracool dwarf star TRAPPIST-1 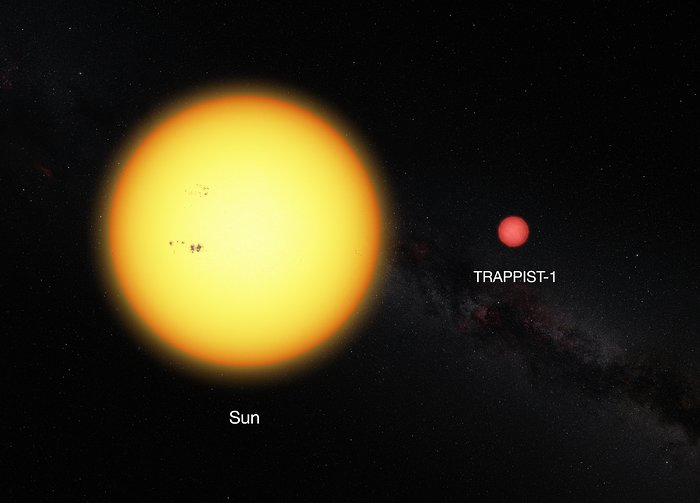 This picture shows the Sun and the ultracool dwarf star TRAPPIST-1 to scale. The faint star has only 11% of the diameter of the sun and is much redder in colour.

As the planets found around TRAPPIST-1 orbit much closer to their star than Mercury is to the Sun, they are exposed to similar levels of radiation as Venus, Earth and Mars in the Solar System.