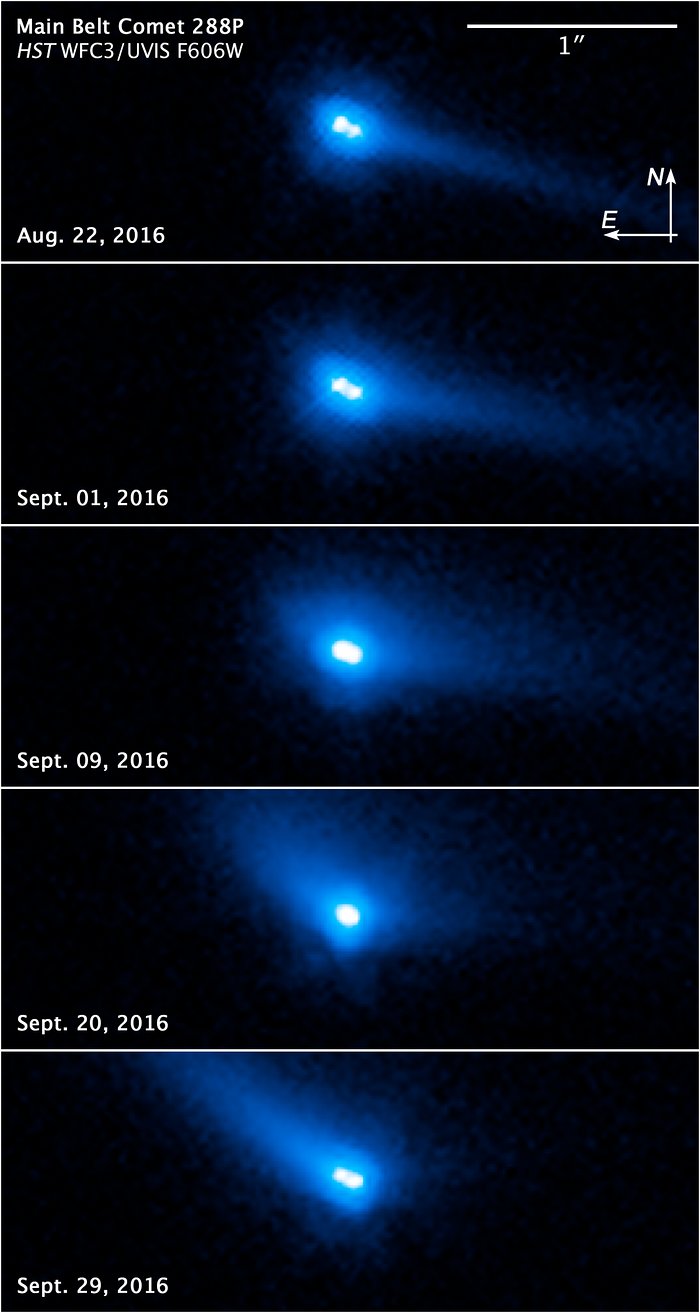 This set of images from the ESA/NASA Hubble Space Telescope reveals two asteroids with comet-like features orbiting each other. These include a bright halo of material, called a coma, and a long tail of dust. The asteroid pair, called 288P, was observed in September 2016 just before the asteroid made its closest approach to the Sun.

These images reveal ongoing activity in the binary system. The apparent movement of the tail is a projection effect due to the relative alignment between the Sun, Earth, and 288P changing between observations. The tail orientation is also affected by a change in the particle size. Initially, the tail was pointing towards the direction where comparatively large dust particles (about 1 millimetre in size) were emitted in late July. However, from 20 September 2016 onwards, the tail began to point in the opposite direction from the Sun where small particles (about 10 microns in size) are blown away from the nucleus by radiation pressure.