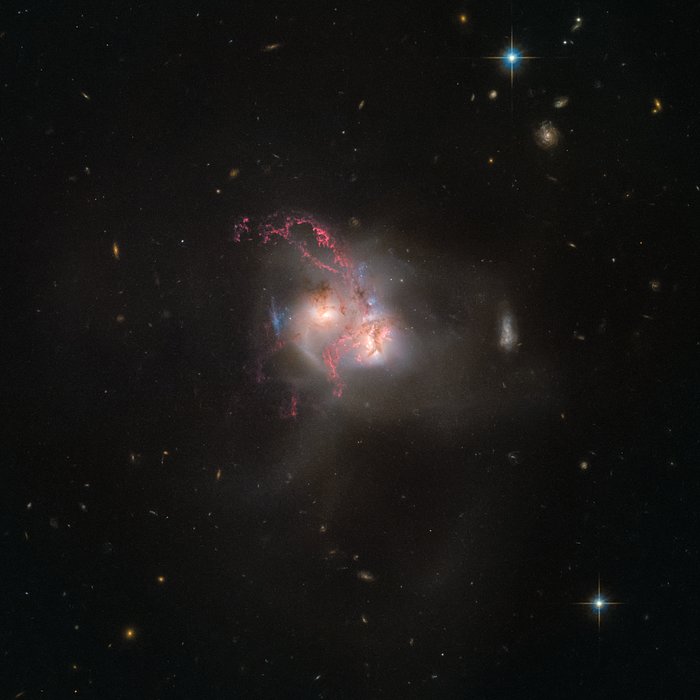 NGC 5256 is a pair of galaxies in its final stage of merging. It was previously observed by Hubble as part of a collection of 59 images of merging galaxies, released on Hubble’s 18th anniversary on 24 April 2008. The new data make the gas and dust being whirled around inside and outside the galaxy more visible than ever before.

This image is composed of data gathered with the Advanced Camera for Surveys and the Wide-Field Camera 3.