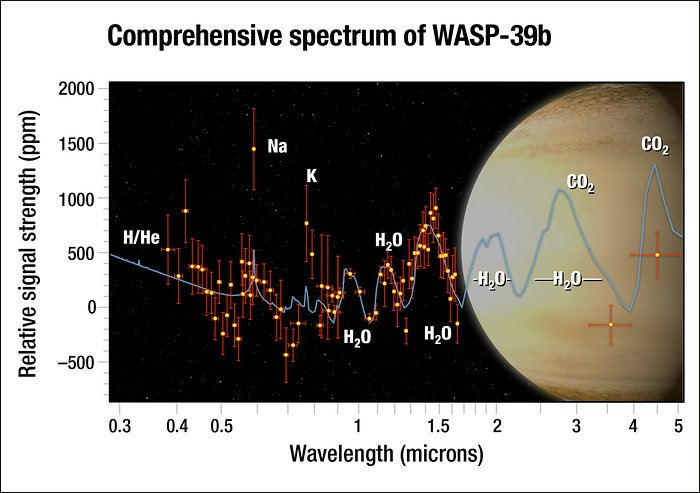 Using the NASA/ESA Hubble Space Telescopes as well as data gathered by other telescopes in space and on the ground astronomers have analysed the atmosphere of the exoplanet WASP-39b. It is the most complete spectrum of an exoplanet’s atmosphere possible with present-day technology.

By dissecting starlight filtering through the planet’s atmosphere into its component colours, the team found clear evidence for water vapour. Although the researchers predicted they would see water, they were surprised by how much water they found — three times as much as Saturn has. This suggests that the planet formed farther out from the star, where it was bombarded by icy material.