Appearance of the most distant star 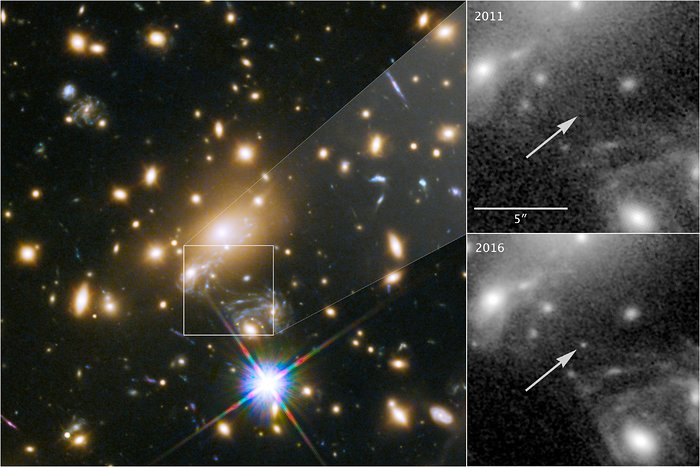 This image composite shows the discovery of the most distant known star using the NASA/ESA Hubble Space Telescope.

The image to the left shows a part of the the deep-field observation of the galaxy cluster MACS J1149.5+2223 from the Frontier Fields programme gathered in 2014. The square indicates the position where the star appeared in May 2016 — its image magnified by gravitational microlensing. This part of the image also shows the four images of the Refsdal supernova, arranged in an Einstein cross.

The upper right image pinpoints the position of the star, observed in 2011.

The lower right image shows where the star was undergoing the microlensing event in late May 2016.