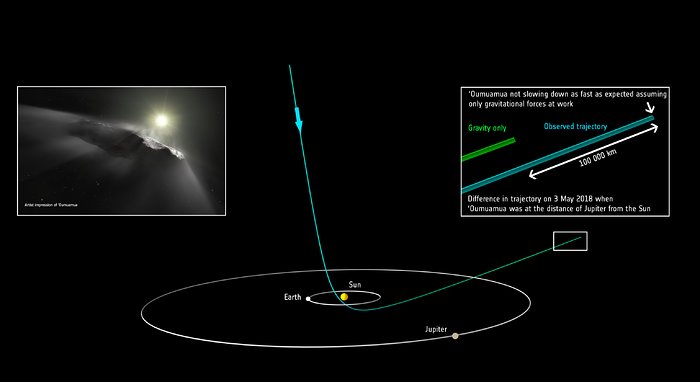 This diagram shows the orbit of the interstellar object ‘Oumuamua as it passes through the Solar System. It shows the predicted path of ‘Oumuamua and the new course, taking the new measured velocity of the object into account.

‘Oumuamua passed the distance of Jupiter’s orbit in early May 2018 and will pass Saturn’s orbit January 2019. It will reach a distance corresponding to Uranus’ orbit in August 2020 and of Neptune in late June 2024. In late 2025 ‘Oumuamua will reach the outer edge of the Kuiper Belt, and then the heliopause — the edge of the Solar System — in November 2038.