Stormy Mars in opposition in 2018 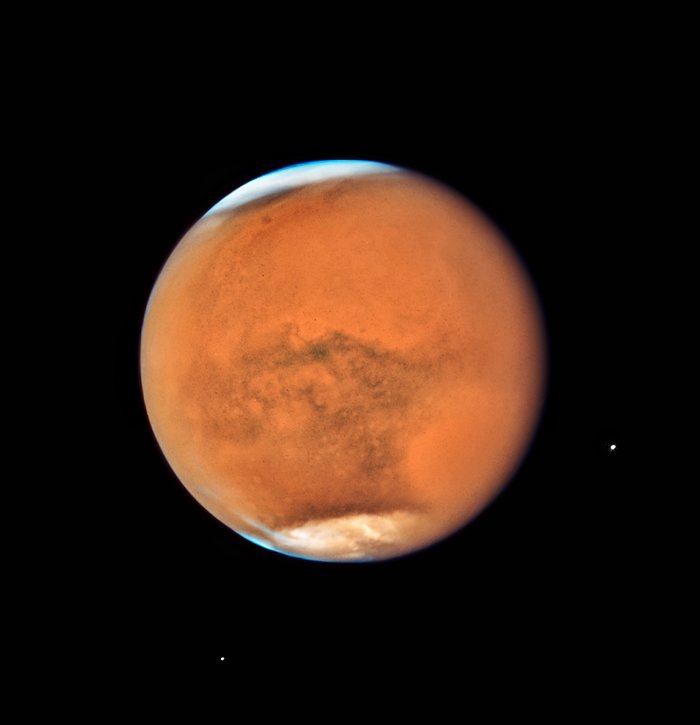 In mid-July the NASA/ESA Hubble Space Telescope observed Mars, only 13 days before the planet made its closest approach to Earth in 2018. While previous images showed detailed surface features of the planet, this new image is dominated by a gigantic sandstorm enshrouding the entire planet.

Each Martian year, moderately large dust storms cover continent-sized areas and last for weeks at a time. Global dust storms — lasting for weeks or months — tend to happen during the spring and summer in the southern hemisphere, when Mars is closest to the Sun and heating is at a maximum, leading to greater generation of winds.

While spacecraft orbiting Mars can study the storm’s behaviour at lower altitudes, Hubble observations allow astronomers to study changes in the higher atmosphere. The combined observations will help planetary scientists to build a better understanding of how these global storms arise.