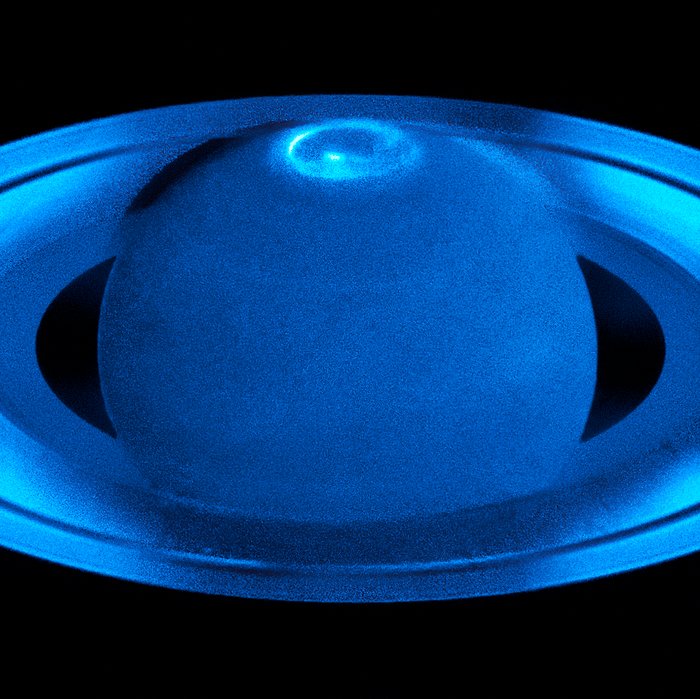 The image, observed with the Space Telescope Imaging Spectrograph in the ultraviolet, shows the auroras surrounding Saturn’s north pole region.

In comparing the different observations it became clear that Saturn’s auroras show a rich variety of emissions with highly variable localised features. The variability of the auroras is influenced by both the solar wind and the rapid rotation of Saturn.