NGC 604 — a gigantic gas cloud in the Triangulum Galaxy 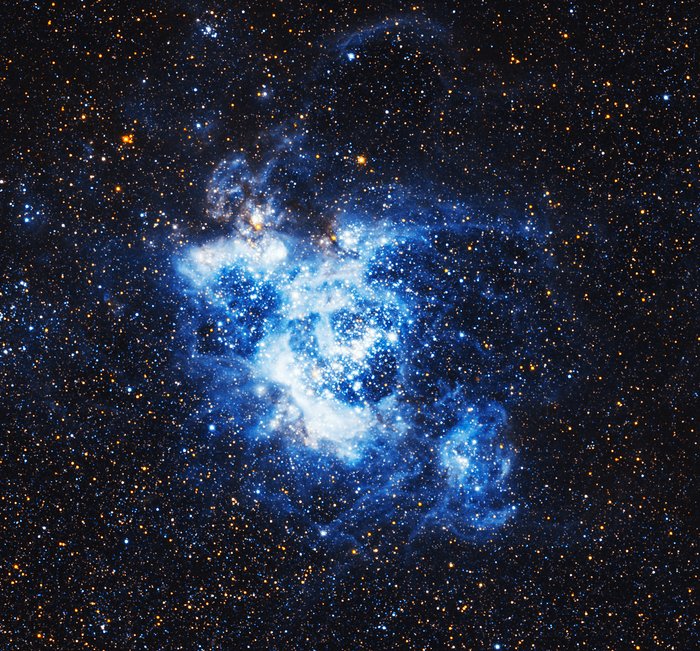 This image shows NGC 604, located within the Triangulum Galaxy. Some 1500 light-years across, this is one of the largest, brightest concentrations of ionised hydrogen (H II) in our Local Group of galaxies, and it is a major centre of star formation.

The gas in NGC 604, around nine-tenths of which is hydrogen, is gradually collapsing under the force of gravity to create new stars. Once these stars have formed, the energetic ultraviolet radiation they emit excites the remaining gas in the cloud.

This image is only a tiny part of the large wide-field image of the Triangulum Galaxy created by the NASA/ESA Hubble Space Telescope.

Hubble has observed this object before, with different cameras: In 2003, using the WFPC2 and in 2010, using the ACS. The different colours in the images have their origin in the different filters being used.