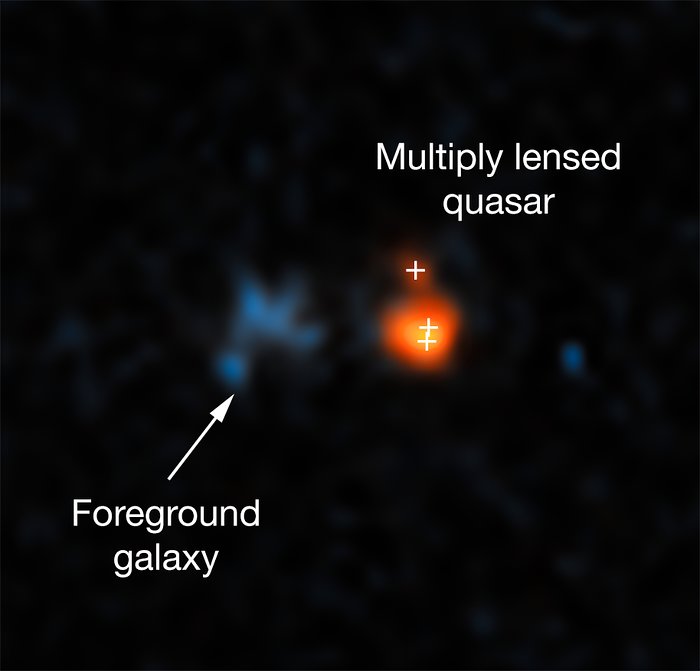 This image shows the distant quasar J043947.08+163415.7 as it was observed with the NASA/ESA Hubble Space Telescope. The quasar is one of the brightest objects in the early Universe. However, due to its distance it only became visible as its image was made brighter and larger by gravitational lensing.

The system of the lensed images and the actual lens is so compact that Hubble is the only optical telescope able to resolve it.