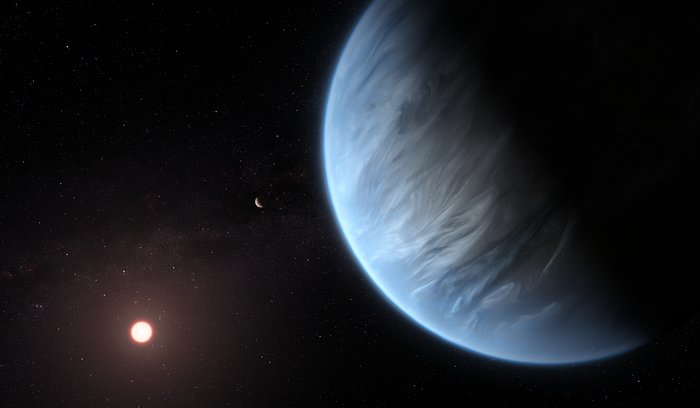 This artist’s impression shows the planet K2-18b, it’s host star and an accompanying planet in this system. K2-18b is now the only super-Earth exoplanet known to host both water and temperatures that could support life.

UCL researchers used archive data from 2016 and 2017 captured by the NASA/ESA Hubble Space Telescope and developed open-source algorithms to analyse the starlight filtered through K2-18b’s atmosphere. The results revealed the molecular signature of water vapour, also indicating the presence of hydrogen and helium in the planet’s atmosphere.