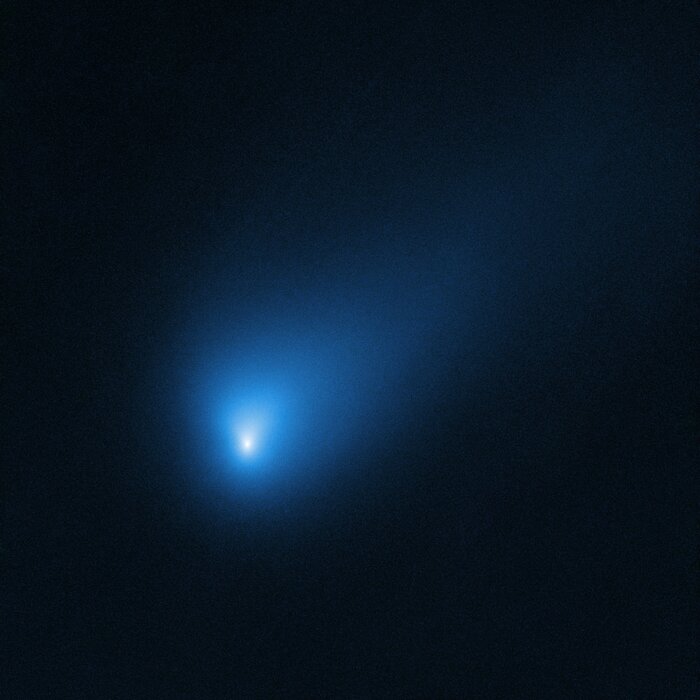 On 12 October 2019, the NASA/ESA Hubble Space Telescope observed Comet 2I/Borisov at a distance of approximately 420 million kilometres from Earth. The comet is believed to have arrived here from another planetary system elsewhere in our galaxy.