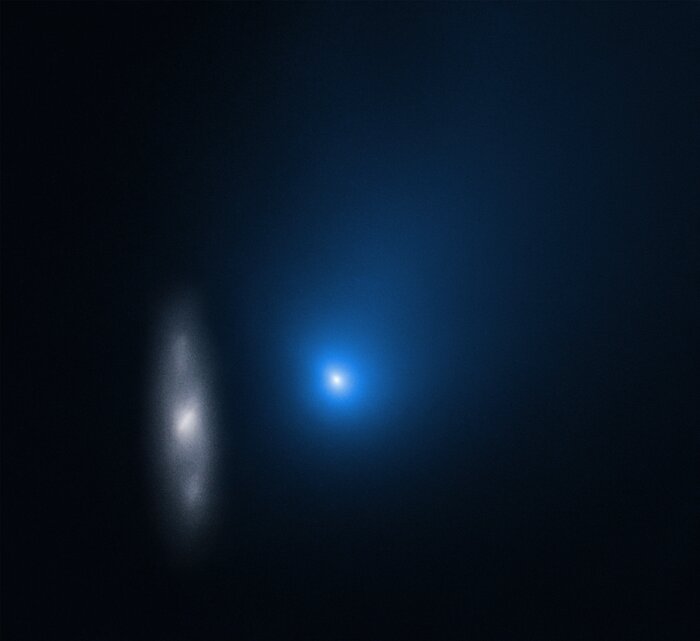 Comet 2I/Borisov is only the second interstellar object known to have passed through our Solar System. In this image taken by the NASA/ESA Hubble Space Telescope, the comet appears in front of a distant background spiral galaxy.

The galaxy’s bright central core is smeared in the image because Hubble was tracking the comet. Borisov was approximately 326 million kilometres from Earth in this exposure. Its tail of ejected dust streaks off to the upper right.