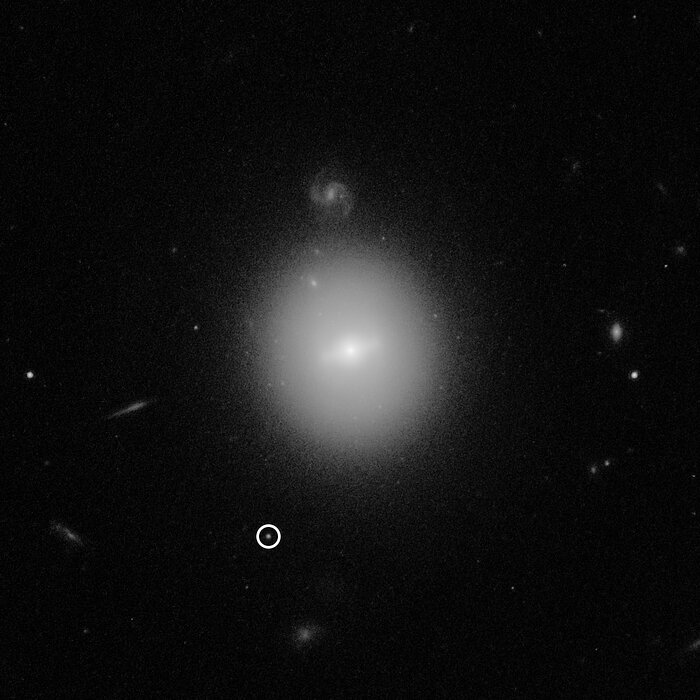 This Hubble Space Telescope image identified the location of an intermediate-mass black hole (IMBH), weighing over 50 000 times the mass of our Sun (making it much smaller than the supermassive black holes found in the centres of galaxies). The black hole, named 3XMM J215022.4−055108, is indicated by the white circle. This elusive type of black hole was first identified via a telltale burst of X-rays emitted by hot gas from a star as it was captured and destroyed by the black hole. Hubble was needed to pinpoint the black hole’s location in visible light. Hubble’s deep, high-resolution imaging shows that the black hole resides inside a dense cluster of stars that is far beyond our Milky Way galaxy. The star cluster is in the vicinity of the galaxy at the centre of the image. Much smaller images of distant background galaxies appear sprinkled around the image, including a face-on spiral just above the central foreground galaxy. This photo was taken with Hubble’s Advanced Camera for Surveys.