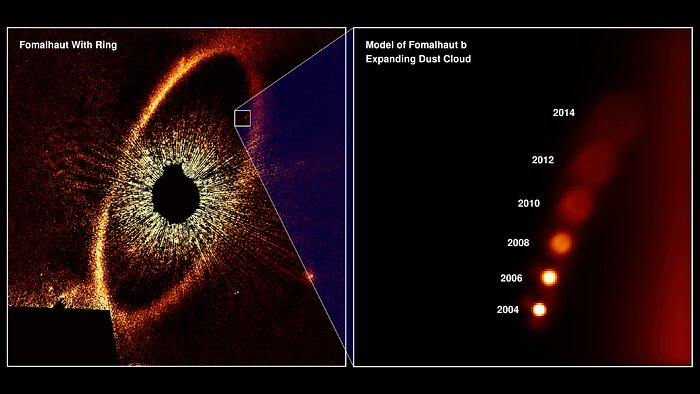 Illustration from the Hubble Space Telescope’s observations of Fomalhaut b’s expanding dust cloud from 2004 to 2013. The cloud was produced in a collision between two large bodies orbiting the bright nearby star Fomalhaut. This is the first time such a catastrophic event around another star has been imaged.

NASA, ESA, and A. Gáspár and G. Rieke (University of Arizona)