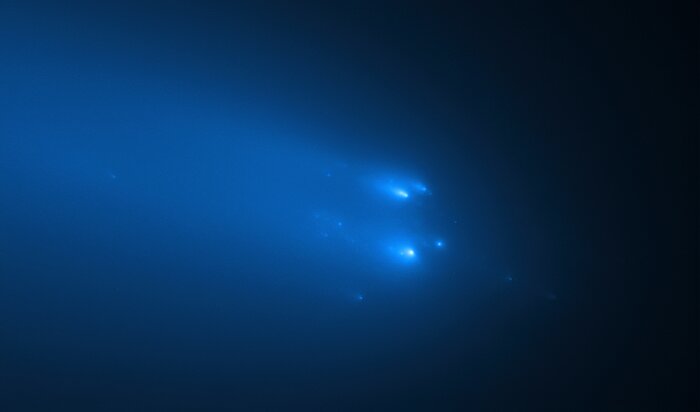 The NASA/ESA Hubble Space Telescope has provided astronomers with the sharpest view yet of the breakup of Comet C/2019 Y4 (ATLAS). The telescope resolved roughly 30 fragments of the comet on 20 April.

The comet was first discovered in December 2019 by the ATLAS (Asteroid Terrestrial-impact Last Alert System) and its fragmentation was confirmed in April 2020.