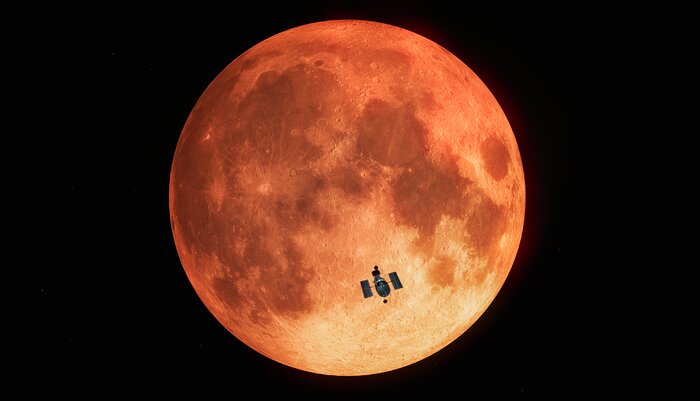 Taking advantage of a total lunar eclipse in January 2019, astronomers using the NASA/ESA Hubble Space Telescope have measured the amount of ozone in Earth’s atmosphere. This method serves as a proxy for how they will observe Earth-like planets transiting in front of  other stars in search of life.

Our planet’s perfect alignment with the Sun and Moon during a total lunar eclipse mimics the geometry of a transiting terrestrial planet with its star. In a new study, Hubble did not look at Earth directly. Instead, astronomers used the Moon as a mirror that reflects the sunlight transmitted through Earth’s atmosphere which was then captured by Hubble.

This is the first time ultraviolet light passing through Earth’s atmosphere was observed from space and the first time a total lunar eclipse was captured from a space telescope.