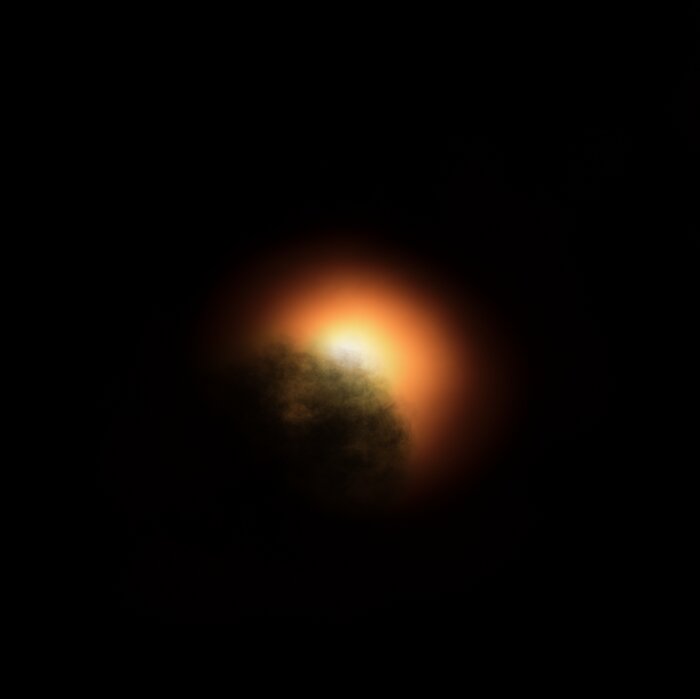 New observations by the NASA/ESA Hubble Space Telescope suggest that the unexpected dimming of the supergiant star Betelgeuse was most likely caused by an immense amount of hot material that was ejected into space, forming a dust cloud that blocked starlight coming from the star’s surface.

This artist's impression was generated using an image of Betelgeuse from late 2019 taken with the SPHERE instrument on the European Southern Observatory's Very Large Telescope.