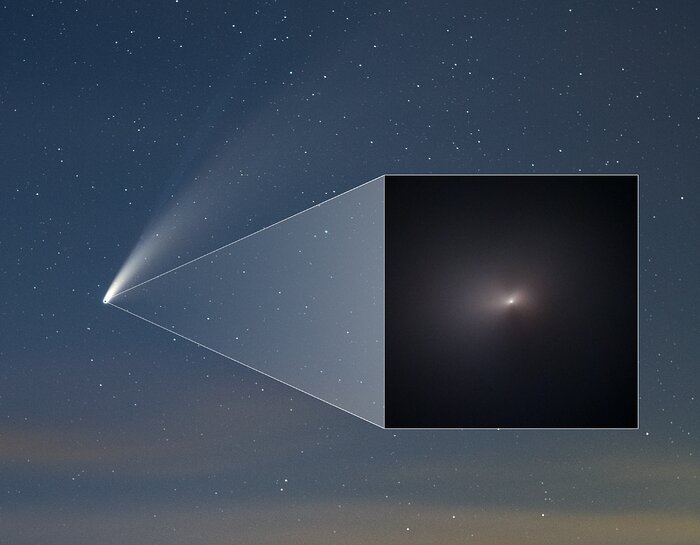 The NASA/ESA Hubble Space Telescope has captured the closest images yet of the sky’s latest visitor to make the headlines, comet C/2020 F3 NEOWISE, after it passed by the Sun. This image features the color image of the comet taken by Hubble on 8 August 2020 within the frame of a ground-based image of the comet that was taken from the Northern Hemisphere on 18 July 2020.

Hubble's image of the comet shows a portion of the comet’s coma, the fuzzy glow, which measures about 18,000 kilometers across in this image. Comet NEOWISE won’t pass through the inner solar system for another nearly 7,000 years.