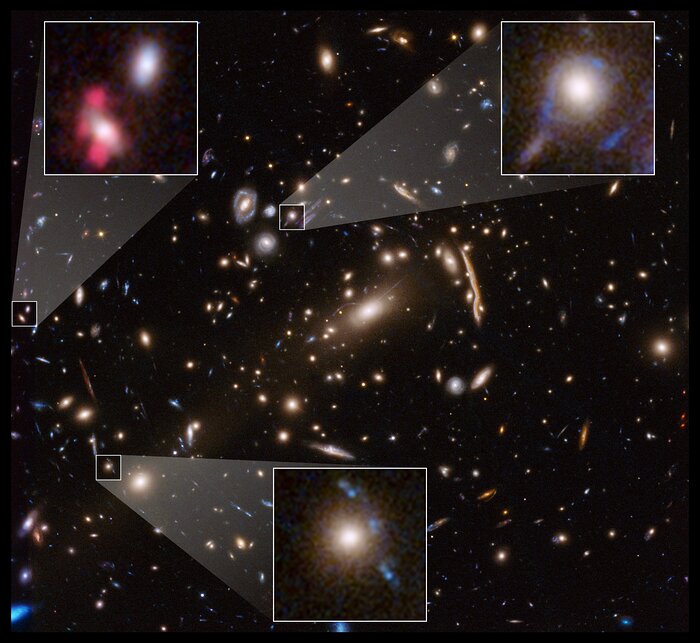 This Hubble Space Telescope image shows the massive galaxy cluster MACSJ 1206. Embedded within the cluster are the distorted images of distant background galaxies, seen as arcs and smeared features. These distortions are caused by the dark matter in the cluster, whose gravity bends and magnifies the light from faraway galaxies, an effect called gravitational lensing. This phenomenon allows astronomers to study remote galaxies that would otherwise be too faint to see.

Astronomers measured the amount of gravitational lensing caused by this cluster to produce a detailed map of the distribution of dark matter in it. Dark matter is the invisible glue that keeps stars bound together inside a galaxy and makes up the bulk of the matter in the Universe.

The Hubble image is a combination of visible- and infrared-light observations taken in 2011 by the Advanced Camera for Surveys and Wide Field Camera 3.