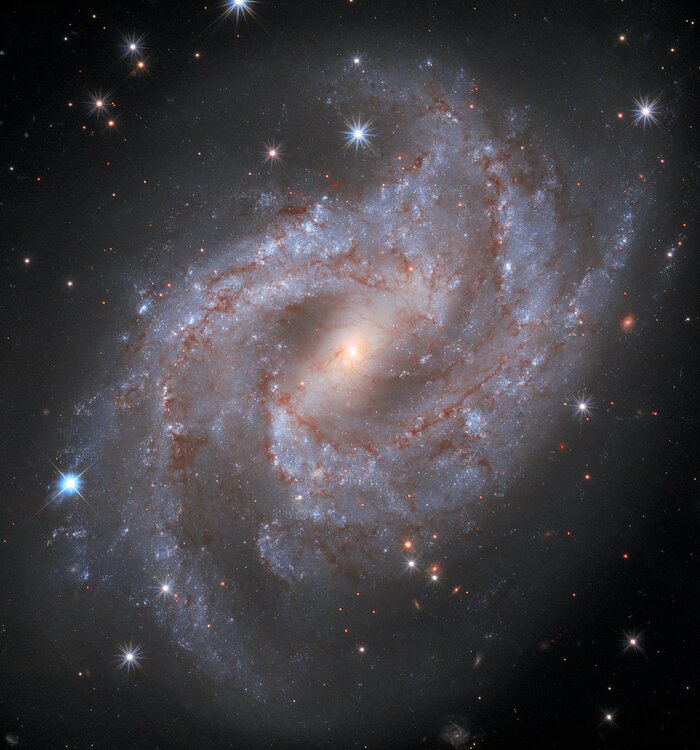 Pictured here is the captivating galaxy NGC 2525. Located nearly 70 million light-years from Earth, this galaxy is part of the constellation of Puppis in the southern hemisphere. Together with the Carina and the Vela constellations, it makes up an image of the Argo from ancient greek mythology.

Hubble has captured a series of images of NGC2525 as part of one of its major investigations; measuring the expansion rate of the Universe, which can help answer fundamental questions about our Universe’s very nature. ESA/Hubble has now published a unique time-lapse of this galaxy and it’s fading supernova.