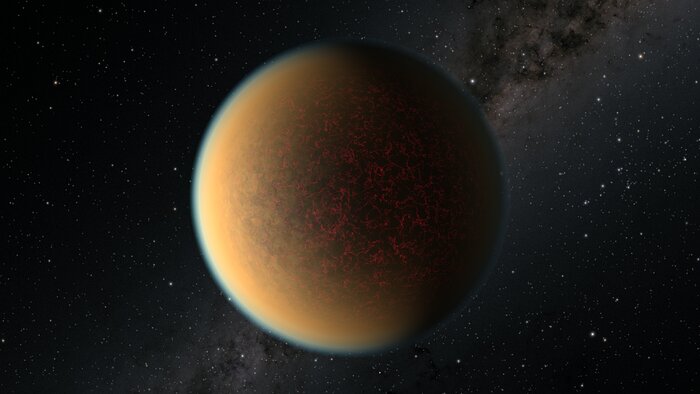 This image is an artist’s impression of the exoplanet GJ 1132 b.

For the first time, scientists using the NASA/ESA Hubble Space Telescope have found evidence of volcanic activity reforming the atmosphere on this rocky planet, which has a similar density, size, and age to that of Earth.

To the surprise of astronomers, new observations from Hubble have uncovered a second atmosphere that has replaced the planet’s first atmosphere. It is rich in hydrogen, hydrogen cyanide, methane and ammonia, and also has a hydrocarbon haze. Astronomers theorise that hydrogen from the original atmosphere was absorbed into the planet’s molten magma mantle and is now being slowly released by volcanism to form a new atmosphere. This second atmosphere, which continues to leak away into space, is continually being replenished from the reservoir of hydrogen in the mantle’s magma.