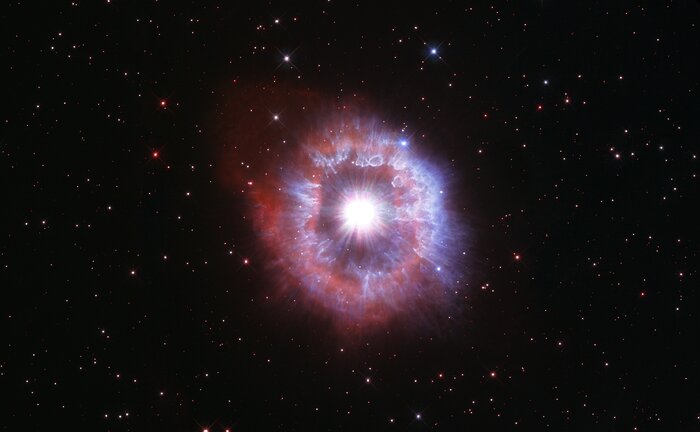 In celebration of the 31st anniversary of the launch of the NASA/ESA Hubble Space Telescope, astronomers aimed the celebrated observatory at one of the brightest stars seen in our galaxy to capture its beauty.

The giant star featured in this latest Hubble Space Telescope anniversary image is waging a tug-of-war between gravity and radiation to avoid self-destruction. The star, called AG Carinae, is surrounded by an expanding shell of gas and dust. The nebula is about five light-years wide, which equals the distance from here to our nearest star, Alpha Centauri.