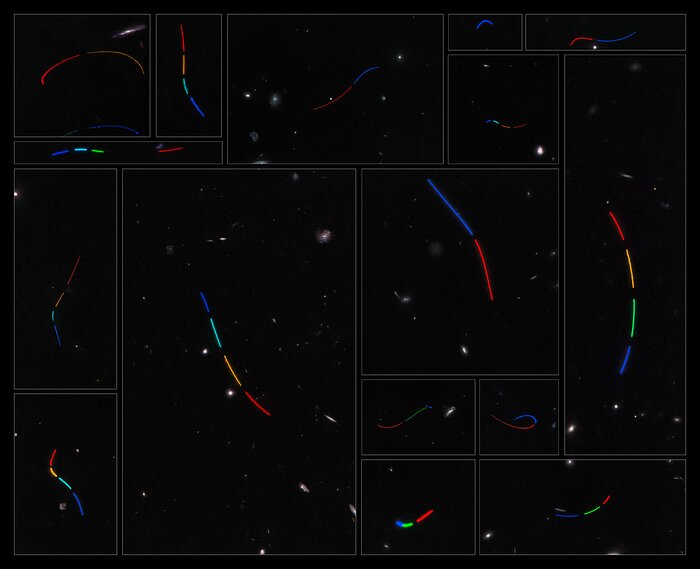 This mosaic consists of 16 different data sets from the NASA/ESA Hubble Space Telescope that were studied as part of the Asteroid Hunter citizen science project. Each of these datasets was assigned a colour based on the time sequence of exposures, such that the blue tones represent the first exposure in which the asteroid was captured and the red tones represent the last.