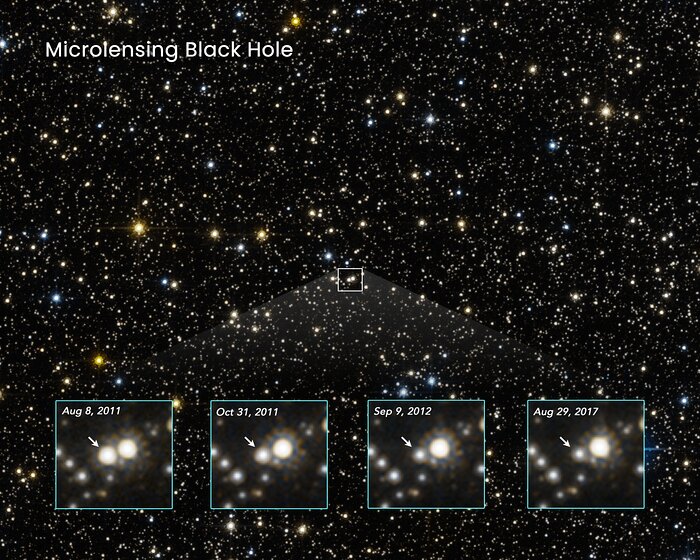 The star-filled sky in this NASA/ESA Hubble Space Telescope photo lies in the direction of the Galactic centre. The light from stars is monitored to see if any change in their apparent brightness is caused by a foreground object drifting in front of them. The warping of space by the interloper would momentarily brighten the appearance of a background star, an effect called gravitational lensing. One such event is shown in the four close-up frames at the bottom. The arrow points to a star that momentarily brightened, as first captured by Hubble in August 2011. This was caused by a foreground black hole drifting in front of the star, along our line of sight. The star brightened and then subsequently faded back to its normal brightness as the black hole passed by. Because a black hole doesn't emit or reflect light, it cannot be directly observed. But its unique thumbprint on the fabric of space can be measured through these so-called microlensing events. Though an estimated 100 million isolated black holes roam our galaxy, finding the telltale signature of one is a needle-in-a-haystack search for Hubble astronomers.