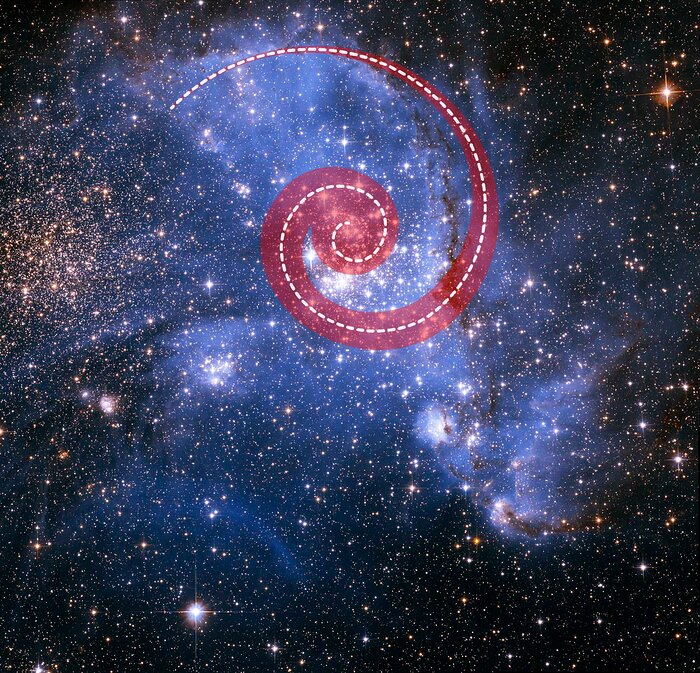 Astronomers have been bemused to find young stars spiralling into the centre of a massive cluster of stars in the Small Magellanic Cloud, a satellite galaxy of the Milky Way. The outer arm of the spiral in this huge, oddly shaped stellar nursery — called NGC 346 — may be feeding star formation in a river-like motion of gas and stars.

The red spiral superimposed on NGC 346 traces the movement of stars and gas toward the center. Scientists say this spiraling motion is the most efficient way to feed star formation from the outside toward the center of the cluster.